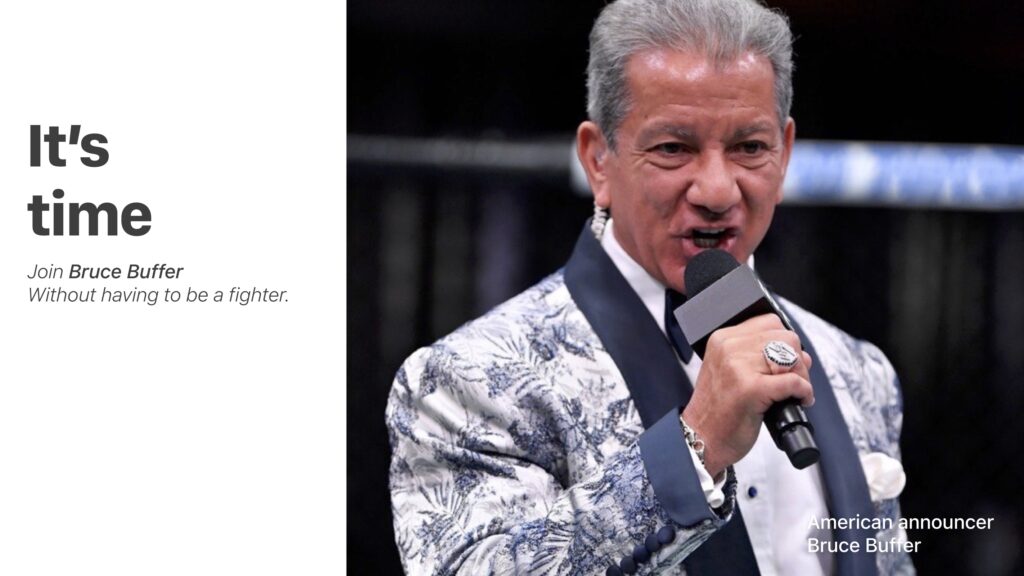 TORONTO, Dec. 10, 2020 /PRNewswire/ — UTU Technology Inc. is excited to announce the company has advanced discussions on attaching Bruce Buffer to their social media platform. The legendary fight announcer, known best as the “Voice of the Octagon” with his catchphrase IT’S TIME©, embraced the opportunity to become part of the UTU team as a key presenter in preparation for UTU’s official 2021 launch.

“It’s Time for UTU’s global launch,” roared Bruce over a video conferencing call with UTU’s executive team. “It just sounded so official when Bruce made the announcement; everyone on the call just knew immediately he was the perfect choice and voice to represent the upcoming launch of the UTU App,” says Director of Marketing and Operations – Marilyn Tian.

The announcement comes in line with the company’s ongoing strategy to attract and register influential personalities onto the UTU social platform that will redefine the social value of its users. The platform will give influencers secure and direct access to their fan base, and, in return, fans will be able to interact with their favorite influencers in a way that has never been done before.