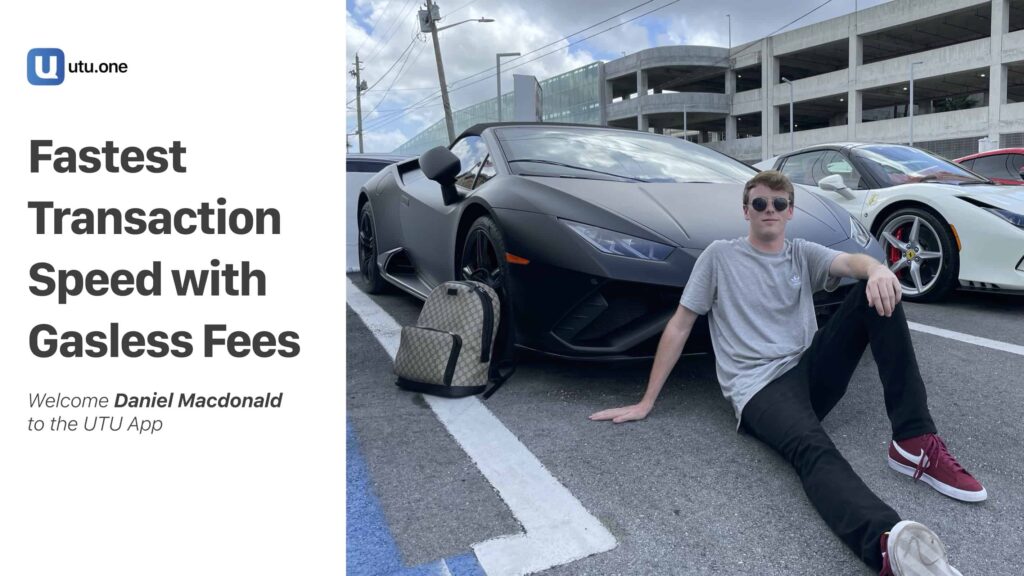 Toronto, May, 2021 – UTU.ONE, unlike other content creators, the sudden rise to fame for Daniel Macdonald happened simply by doing something completely different. While other influencers his age create dance and singing videos, Daniel makes conversation videos with luxury car owners. More precisely, whenever he spots a luxury car while roaming the streets, he asks the car owners, “Hey, what do you do for a living?”.

That simple approach and catch phrase has opened many doors and opportunities for the 23-year-old, noting that he was once invited to a billionaire’s party. He’s been gifted a Gucci bag and a Rolex watch, and he’s even met some famous faces like Paris Hilton and Jason Derulo. He’s also become a renowned face himself, with many car owners recognizing him before he has the chance to ask them about their careers. Overwhelmingly, the car owners are willing to chat and share insight into their lives, providing great entertainment for DanielMac’s millions of followers.

Daniel caught the attention of UTU.ONE, the blockchain-powered social app recently announced they plan to collaborate with Daniel to convert his now famous catchphrases and videos into collectable NFTs as part of UTU’s official launch this summer. NFTs have enjoyed skyrocketed media coverage this year and embraced by the world of content creators as a revolution for digital creations.

UTU.ONE’s NFT marketplace is one of the most competitive NFT offerings available from both the standpoint of creators and users. For creators, UTU’s EOSIO blockchain-powered platform offers the fastest transaction speed for buying and trading NFTs with zero gas fees which is the term used by other platforms for their service fees. “Fastest speed with gasless fees is something my fan base and luxury car enthusiasts can definitely relate to,” jokes Macdonald.

The UTU.ONE app is currently in its Beta Test Stage. Users can preregister:
https://utu.one/15c42-home-2/request-beta-access/

More information can be found at: https://utu.one

About UTU.ONE – The company originated in Australia and Canada with a group of experts in Blockchain, Artificial Intelligence, IoT, with business executives from IBM, Alibaba, Apple, and Deakin University’s Blockchain Innovation Lab. The company developed the world’s first DAC app for iOS and Android on EOSIO and many other blockchain business solutions and decentralized applications. In 2020, UTU.ONE made the strategic decision to establish its HQ in Toronto, Canada, to further the company’s business expansions worldwide.