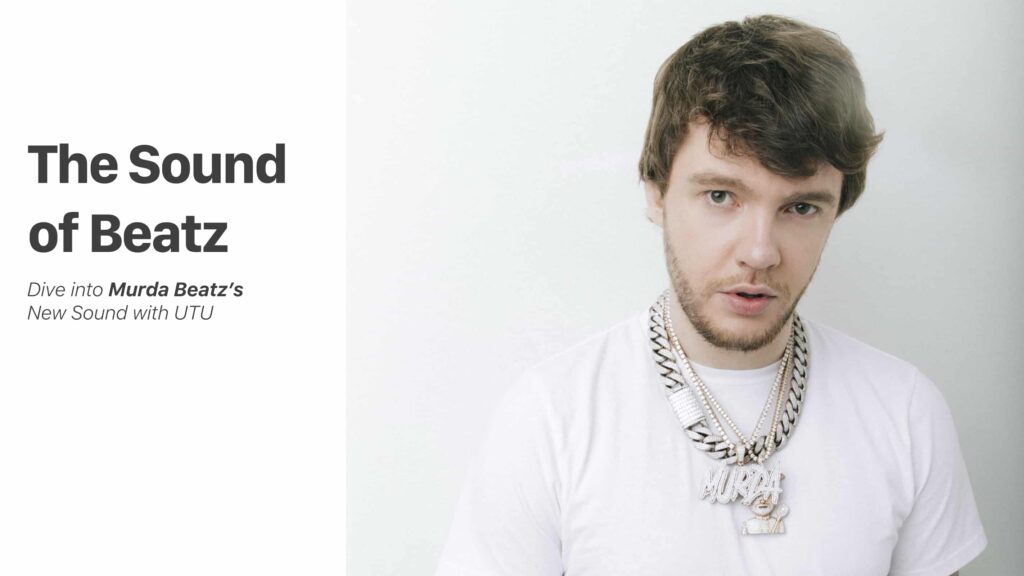 UTU AND MURDA BEATZ SET TO DISRUPT THE MUSIC INDUSTRY AND CHANGE ITS TUNE – FOREVER!

UTU AND MURDA BEATZ SET TO DISRUPT THE MUSIC INDUSTRY AND CHANGE ITS TUNE – FOREVER!

Toronto, March, 2021 – UTU Technology Inc., continues to attract and register influential personalities onto its networking platform with the announcement that Hip-hop producer and songwriter Shane Lindstrom, known as Murda Beatz is set to join the App that is preparing to launch in the coming months.

Murda Beatz, has worked on eight Grammy-nominated albums and more than 20 Billboard No. 1 albums. His biggest hits include “Nice For What” by Drake, “Butterfly Effect” by Travis Scott, and most recently, “Motive” by Ariana Grande featuring Doja Cat. Beatz has created his own record imprint called Murda Beatz Recordings and in 2021, was honored in the Forbes 30 Under 30 listing under the music category.

He belongs to a new wave of Hip-Hop producers leading the way to re-define the music industry by forming a strategic partnership with UTU and leveraging the tech company’s advanced blockchain technology and customized NFTs (Non-Fungible Tokens) that UTU will provide and design to protect artists and their Ips. The platform also gives creators more control allowing them to release music on their own timeline.

“UTU is a game changer for the industry and will force it to change its tune”, says Beatz. NFT ensures the authenticity of an artists’ creation while protecting it so it cannot be forged. UTU’s advanced integrated system and the immutable digital provenance that an NFT brings to a digital creation can be used to attribute value to music recordings in a way that was not possible pre-blockchain technology. “It’s time for artists to take back their own music and in the end the fans win too”.

The UTU Platform is currently in its Beta Test Stage with several influential names already signed on as the company prepares for its official App launch. Users can preregister through the following link:

About UTU Technology Inc.  – The company was originated in both Australia and Canada with a group of experts in Blockchain, Artificial Intelligence, IoT, with business executives from IBM, Alibaba, Apple, and Deakin University’s Blockchain Innovation Lab. The company developed the world’s first DAC app for iOS and Android on EOSIO, in addition to many other blockchain business solutions and decentralized applications. In 2020, UTU technology Inc. made the strategic decision to establish its HQ in Toronto, Canada to further the company’s business expansions worldwide.